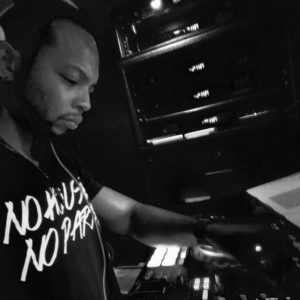 Chicago native that has been around music all his life. Learned the ropes of DJing working for DJ Jes One at The Groove Shop in Rockford, IL back in 1999. Building from his efforts working for B96/Mixmaster Throwdown in Chicago, IL which eventually brought him to start his own company for his DJ work in 2008. Leaving the snow behind found his my way to Tampa Bay summer 2013 and joined the ranks of HOT 101.5 and 102.5 The Bone with Cox Media in 2014. Knowing there is so much more to music than mixing someone’s work he wants to have that same feeling other artists have when they hear their own productions. Get this…he’s started producing in 2017 so to this is a move in the proper direction. To have his voice heard thru speakers makes him smile on every hi-hat! We present to you Elemental Soul!