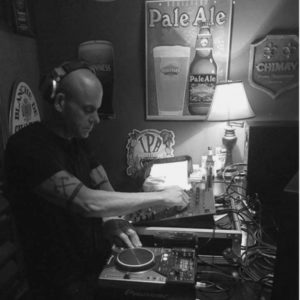 Jeff Haze has been a DJ for 13 years now, and a House Music Producer for 10 years.  He has been influenced by Underground Dance Music for a long time. The first electronic CD Jeff Haze bought was back around 1988 and he‘s been listening ever since.
Underground Dance Music is his life. He listens from the time he wakes up to the time he goes to bed.  He even dreams about music, it’s his passion.

Jeff Haze has opened for several artists at many events and continues to follow his dreams.
He started producing Underground Dance Music back in March 2007. On October 20, 2007, he was honored to be on the bedroom bedlam show on Proton Radio showcasing one of his mixes, as well as having his Tracks played on Richie Vibvee’s Radio show in Wales, Hustlers Haven on chicagohousefm , Sonium Rebels Radio-Argentina, Kick down2 get down-Phoenix, and the Deep House Cat Show.
He has released two vinyl records on Minority Music which have been played by many top artists from around the globe.